Tell us about the proposal!

Wes had planned a trip to Las Vegas and found a magician who specializes in proposals.  After watching the fountains at the Bellagio, the magician approached Wes and Elie as if he were doing a television show about magic and asked if they would participate.  The magic trick led to the proposal (written on Ace of hearts playing card) and the “magical” appearance of the ring.  At first, Elie didn't realize that the proposal was real - he thought it was part of the "television show" and tried to give the ring back at the end! 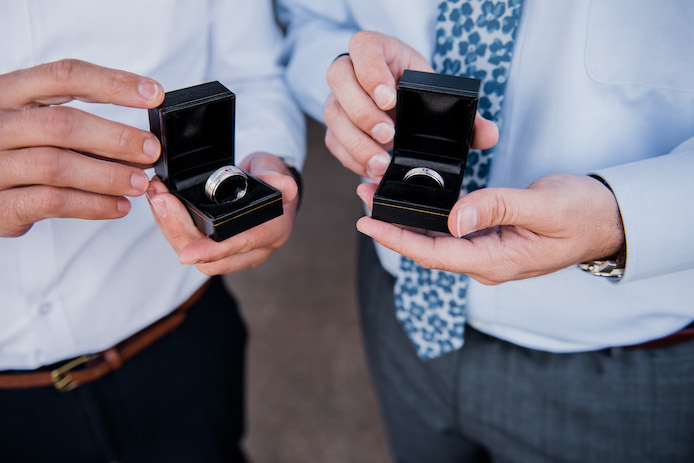 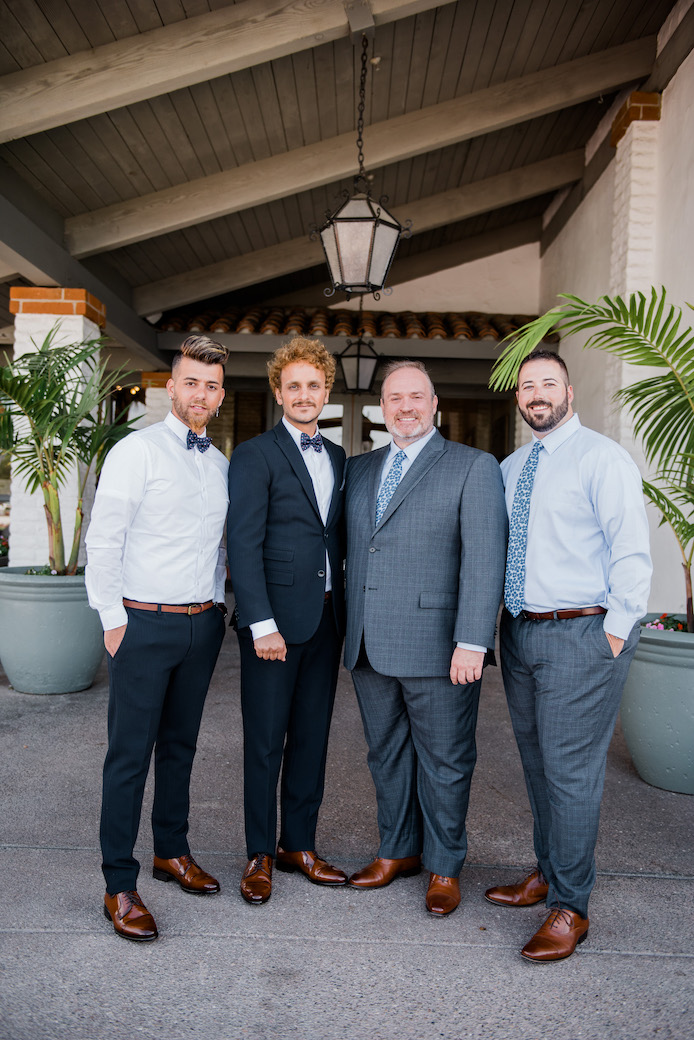 What was the vision for your wedding?

The wedding details for Wes and Elie were all about Pride! They did not focus on one color, but all of the colors of the rainbow from the Pride flags the guests waved at the ceremony to the flowers on the cake! One of our favorite touches was that all of their guest tables were named and themed around icons of the gay community - Cher, Madonna, Judy Garland, Bette Midler, you name them, they had them! The tables had objects related to the icons as well such as CDs, magazine covers, etc. It was such a fun and creative way to incorporate their personalities. 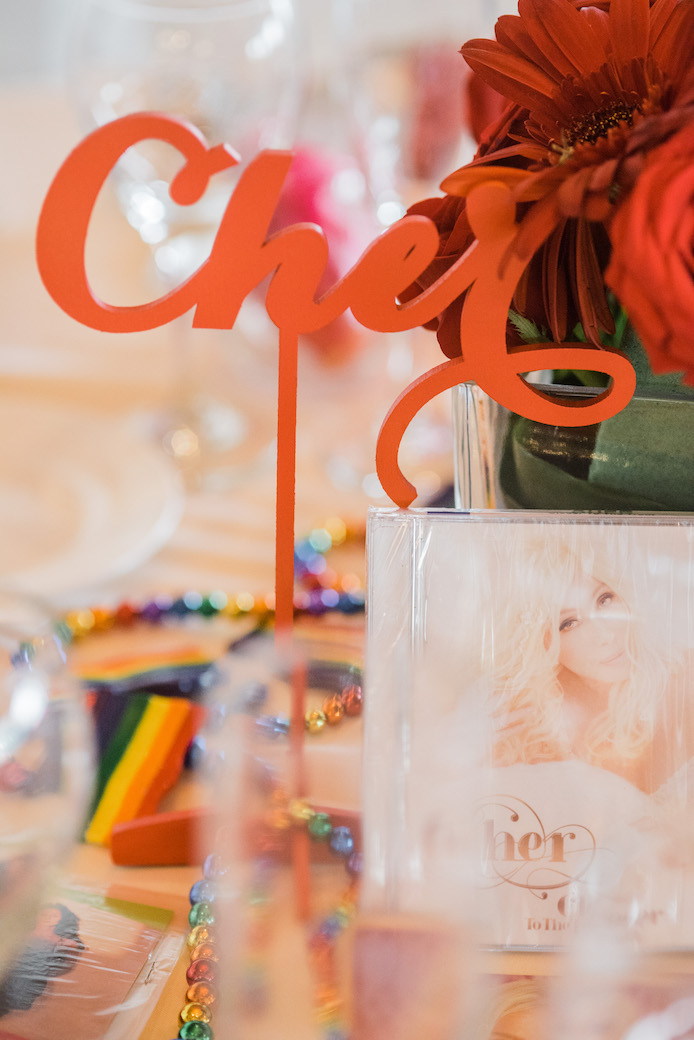 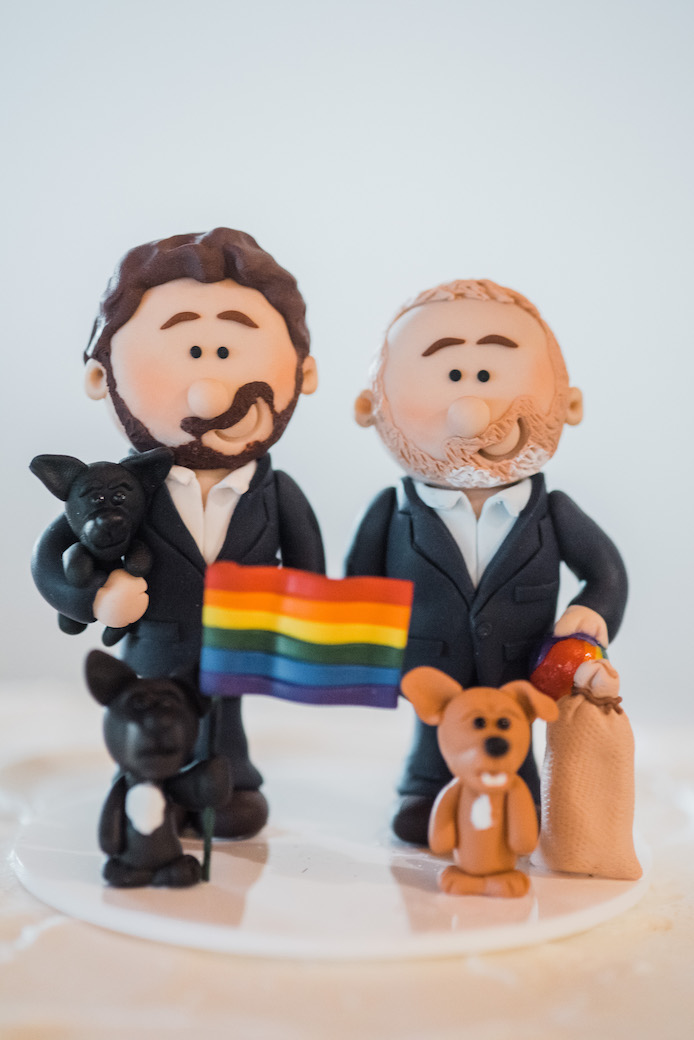 What was your favorite part of the day?

"It's hard to pick just one. But, overall, it was the ceremony. My best friend from childhood was the officiant and did an incredible job. He made the event touching and meaningful.” - Wes Daniel 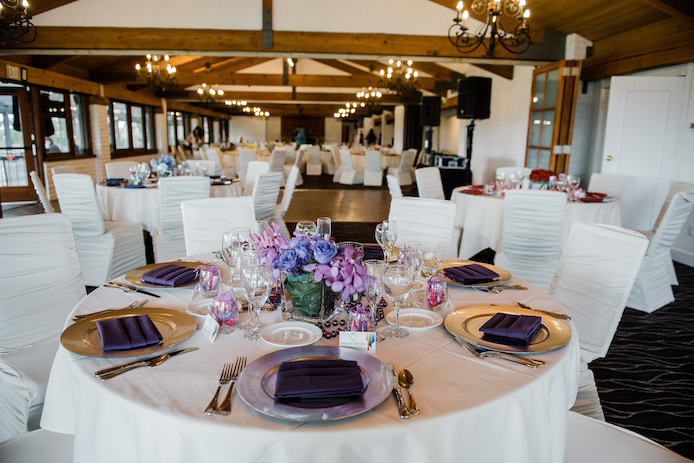 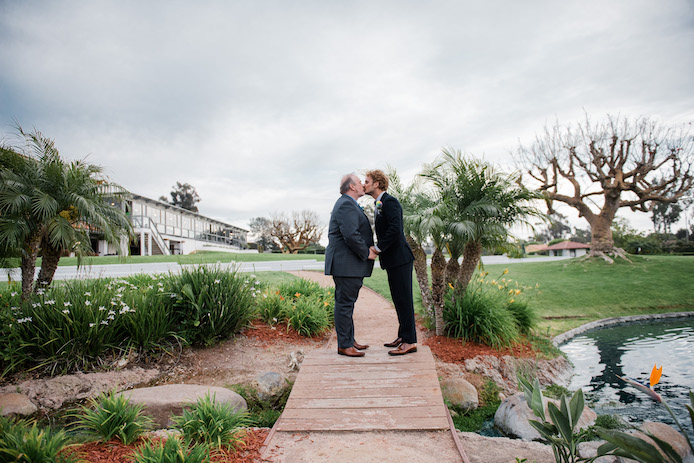