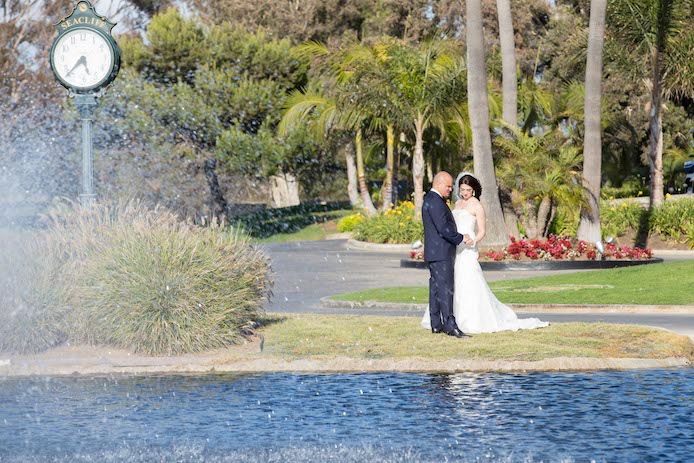 How did you meet?

We met in one of our graduate classes at the University of Southern California in 2009 and became friends. One year later, we began dating! 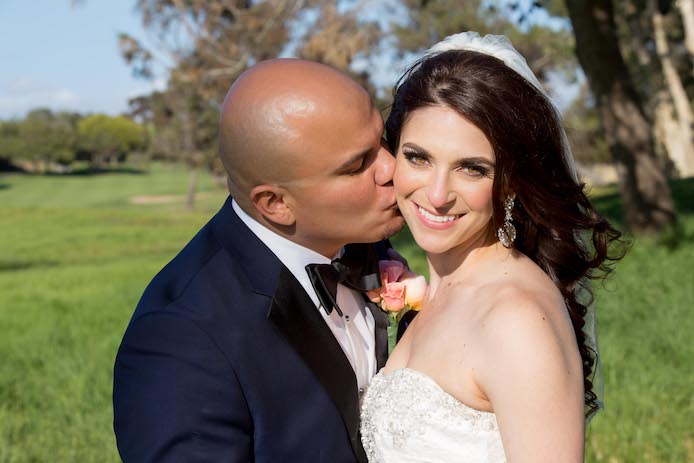 How did he propose?

In June of 2014, I pre-proposed to Blas, giving him a pocket watch from 1866 (he is a watch enthusiast), to show him that I was ready to get married. Then, on February 28, 2015, Blas took his daughter, Jessica, and me to the Westin Rancho Mirage, one of our favorite places. Blas also secretly arranged for my parents to be at the same resort, and brought Jessica to their room (even though I thought he was taking her to the Kid’s Club).

Blas then took me to one of our favorite spots at the resort, and finally got down on one knee, asking me to marry him. My parents and Jessica were hiding in the background and witnessed everything! I was so special to have them there to celebrate. 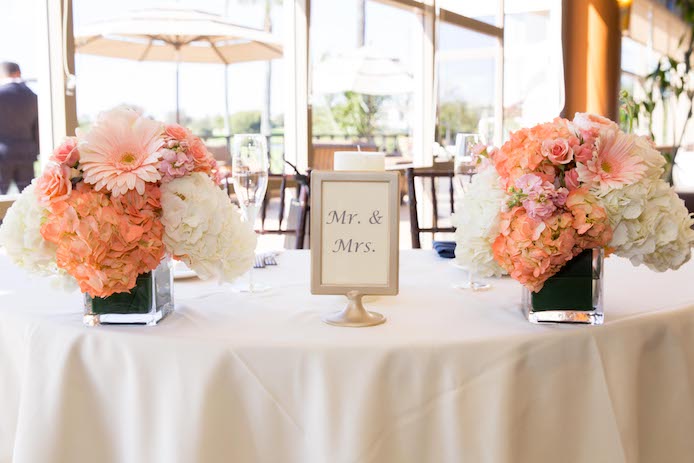 SeaCliff had an amazing and competitive package AND the grounds/venue were beautiful. 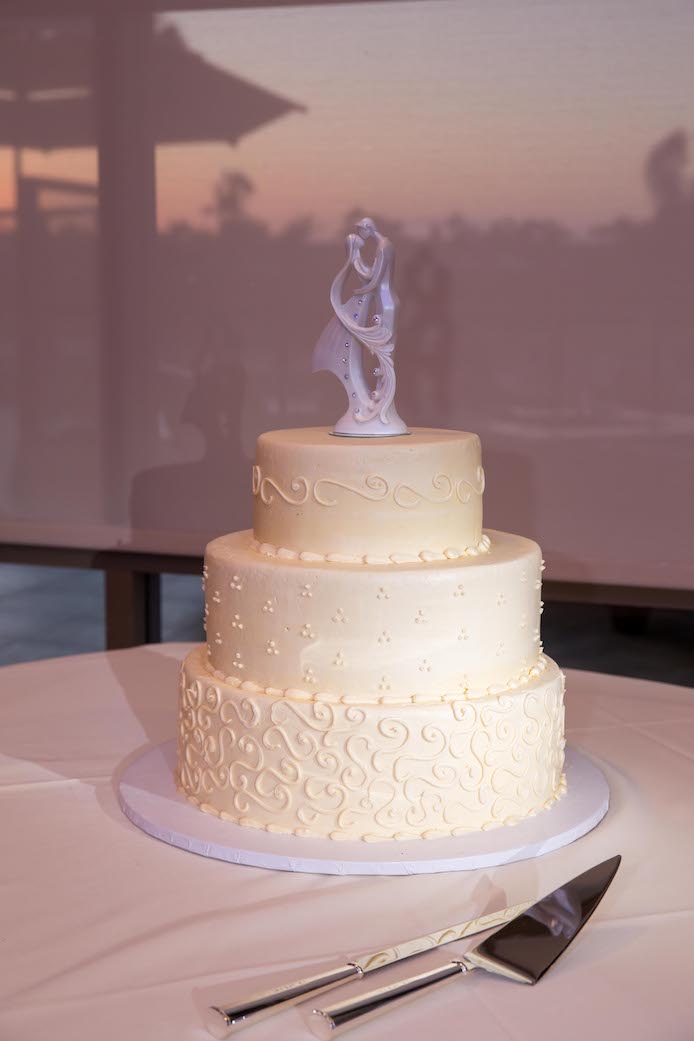 What challenges did you face during wedding planning?

The biggest challenges were finding the time to plan. I was our wedding planner and there was a lot of research involved! We also had to make a few difficult decisions about inviting certain people (or not), and it did take us a bit of discussion to narrow down our color scheme, which turned out to be navy and coral. For me, it was also making sure Blas got his tuxedo on time! 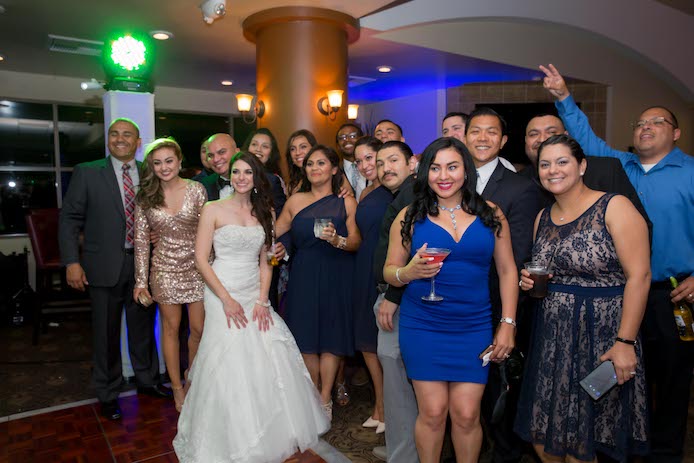 What were the highlights of the ceremony?

Our ceremony took place at our church in Long Beach. The highlight for us was when I walked down the aisle, as that was our first look, and the moments when we exchanged our vows.