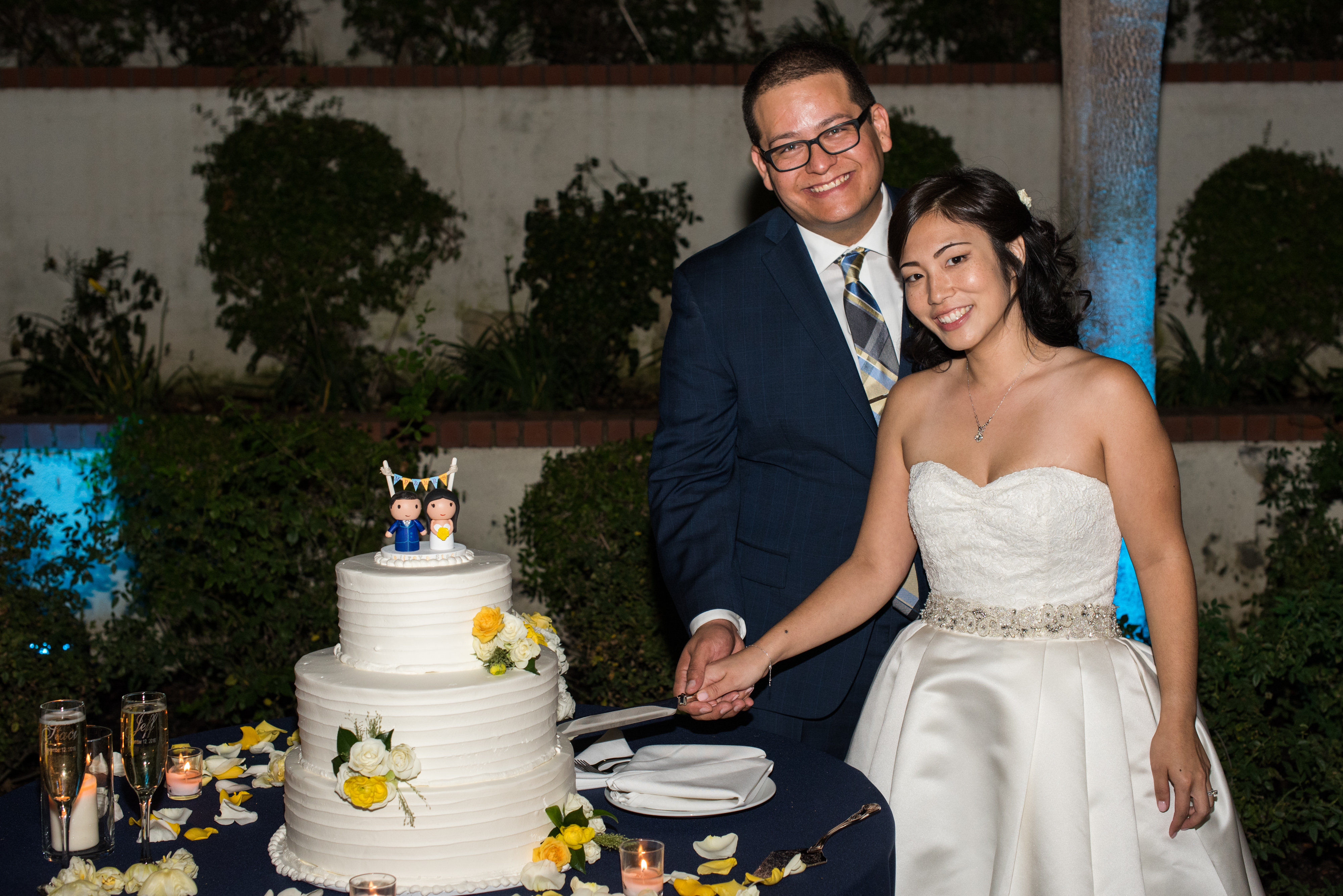 Staci and Jeff were married at the MountainGate Country Club on November 12, 2016 in a beautiful autumn wedding.

They met in the most unlikely of situations. They are both from Southern California, but met in the Santa Cruz Mountains at a family camp.

Staci had just started working for the conference that runs the camp, and it was her first year attending. Jeff had been attending for 15 years and thought he knew everybody that would be there. They were first introduced to each other by mutual friends/family, but it was just a quick and awkward, “Hi, nice to meet you.” The next day, they both signed up to go on a day trip to Santa Cruz and Staci ended up riding in Jeff's car. 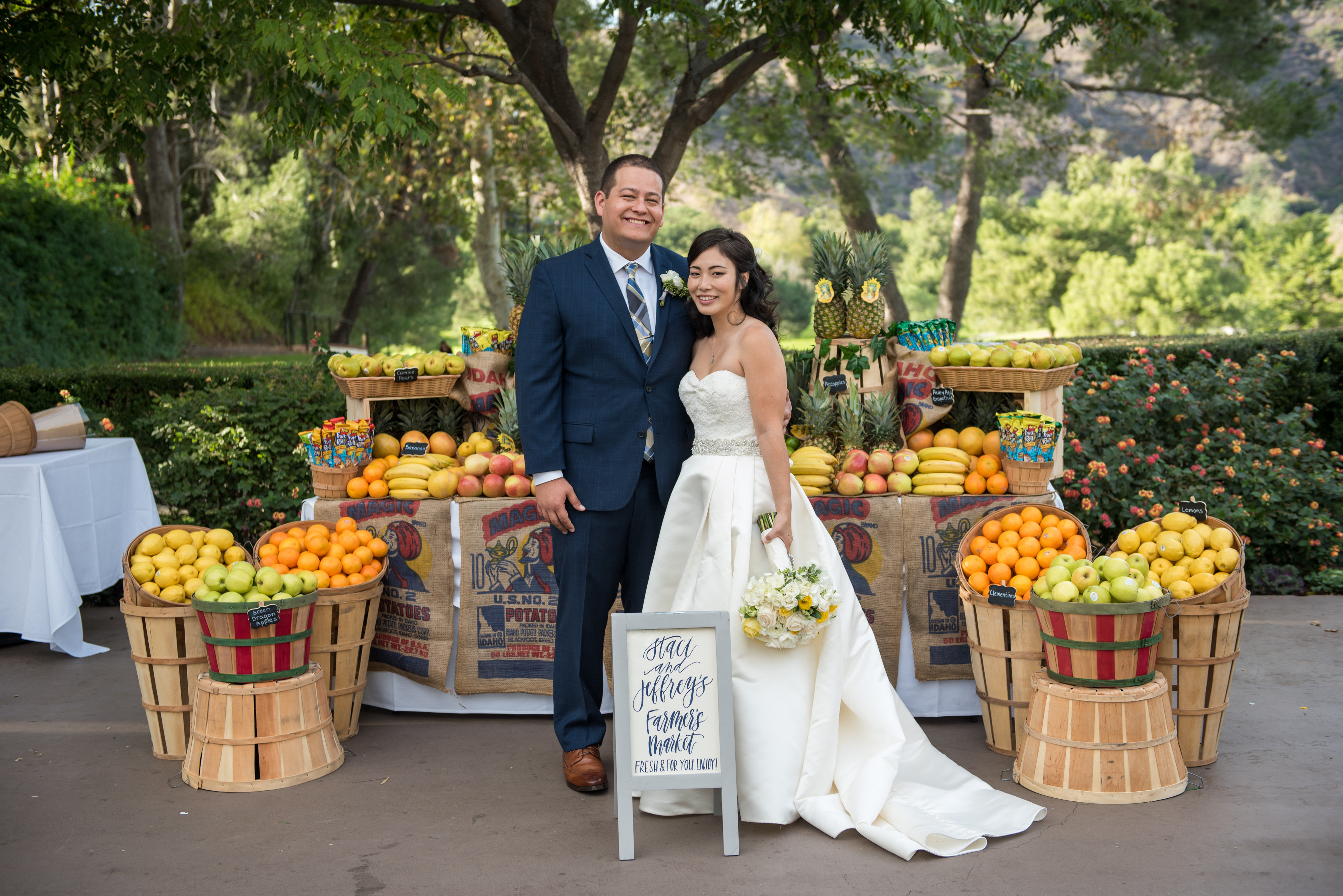 On the way back to camp, she sat in the front seat and they hit it off. After that, it was a bit of a whirlwind. Camp ended two days later, and Jeff got Staci's number as they said goodbye. They ended up texting all the way home, texting all day the following day, and then hanging out every day for the following three days.

Fast-forward through four years of dating, and Jeff made the decision to propose. They had been talking about visiting Disney World in Orlando, Florida for the longest time and decided to go the first week of November. Jeff knew he was going to propose on this trip, and Staci had no idea. Jeff knew Staci hates being the center of attention, so the proposal had to be somewhere private.

The trip was booked, the ring was bought, and Jeff got her parents' blessing, so it was time to execute the plan! They flew to Orlando and Jeff was beyond nervous the entire time. He had the ring inside his laptop bag, and it did not leave his arms the entire flight. Staci and Jeff checked in to their hotel and made a quick stop at the restroom so Jeff could get the ring out of his bag and slip it into his pocket. They headed upstairs to the room and little did Staci know that Jeff had called the hotel ahead of time and had them set up the room before they arrived. 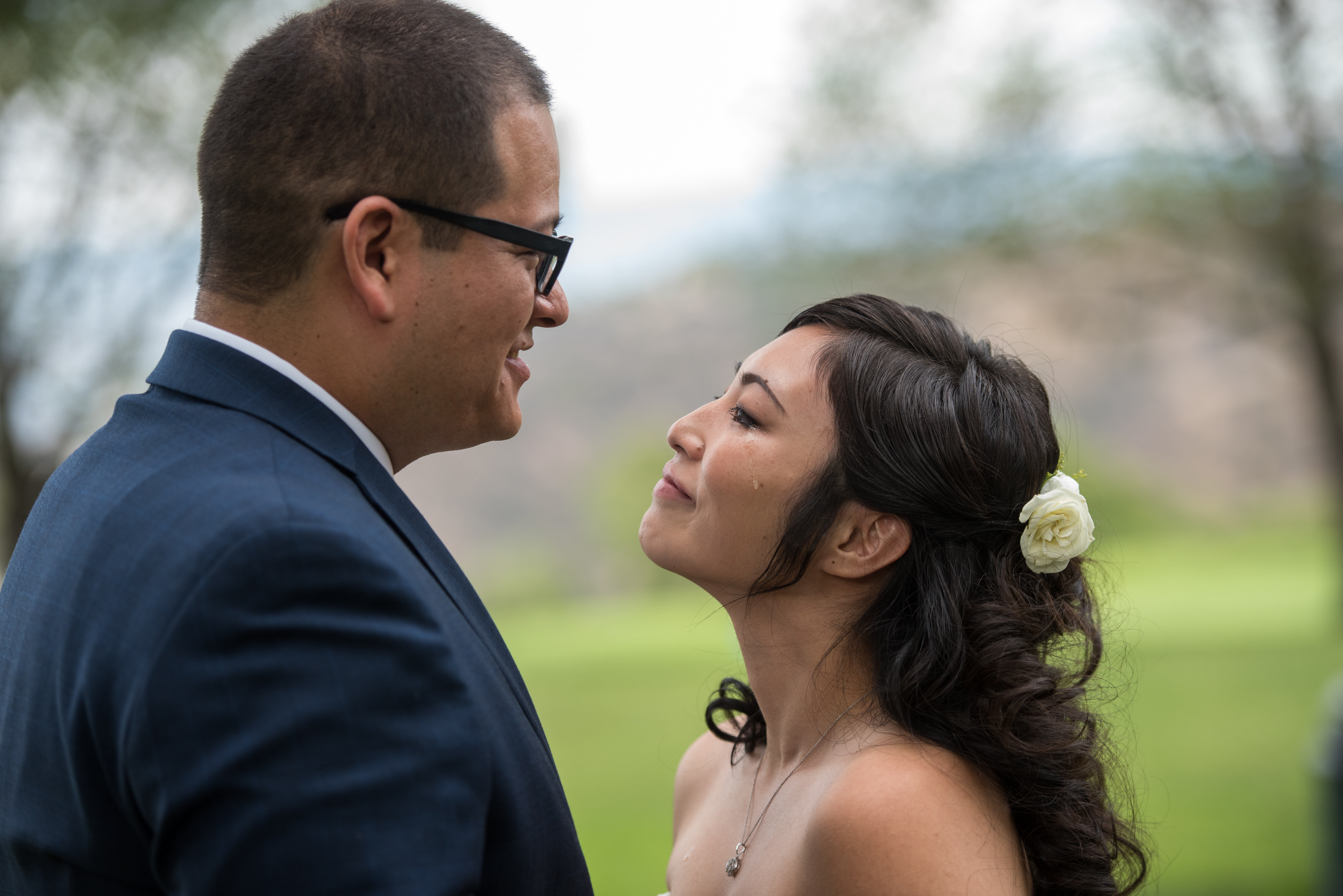 Once they got to the room, Staci opened the door, and there were rose petals laid on the ground, champagne on the table, and a note on the bed. After about 5 minutes of shock, Jeff had Staci sit down on the bed and read the note. As she was reading it, he got down on one knee behind the paper and pulled out the ring. She lowered the note, saw the ring, Jeff popped the question, and she said YES. They were engaged!

After enjoying their trip and getting through the holidays, they began the hunt for the elusive venue. The couple visited 15 different venues in person and inquired with/looked into at least 50. They went everywhere from Temecula to Calabasas and looked into everything from ocean view to a rustic barn and everything in between. 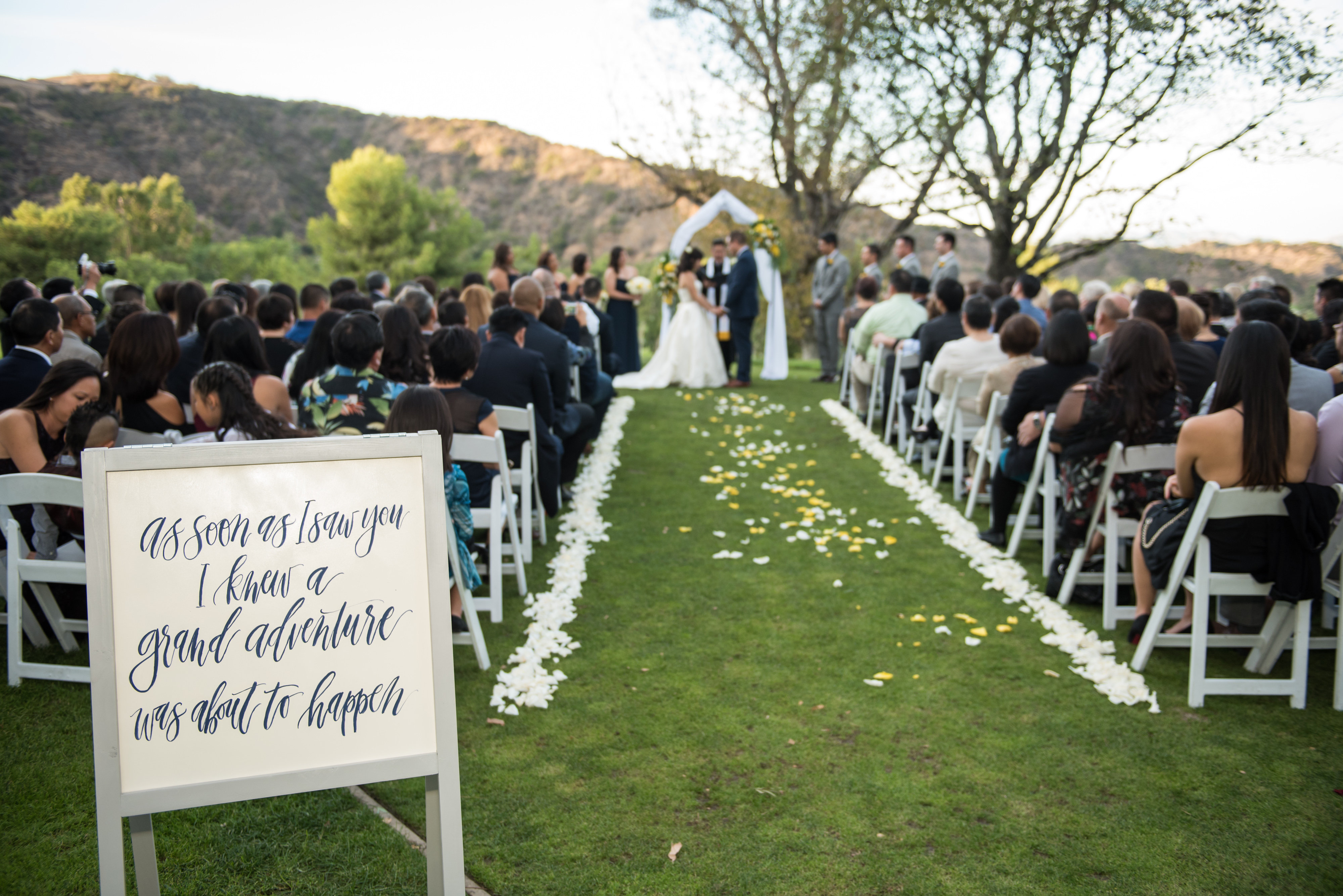 MountainGate was the last place on their list and it worked out perfectly. The views were beautiful, with the mountains in the background, and they loved the look of the reception area with its bistro lights. The venue itself and the ability to work with people they were comfortable with made the choice rather easy.

Their wedding planning process had its ups and downs. After finally finding the perfect venue, the next challenge was figuring out the details. They had been to a lot of friends' weddings, so they wanted to be a little different/unique with everything. It was quite an experience, but it was something that they enjoyed doing together. While they did have their challenges, they were extremely happy with the way everything turned out.

A big highlight for the couple was their farmer’s market stand complete with a custom tote bag as a wedding favor for guests. The setup turned out better than they expected, and everyone loved being able to take home some fruit. 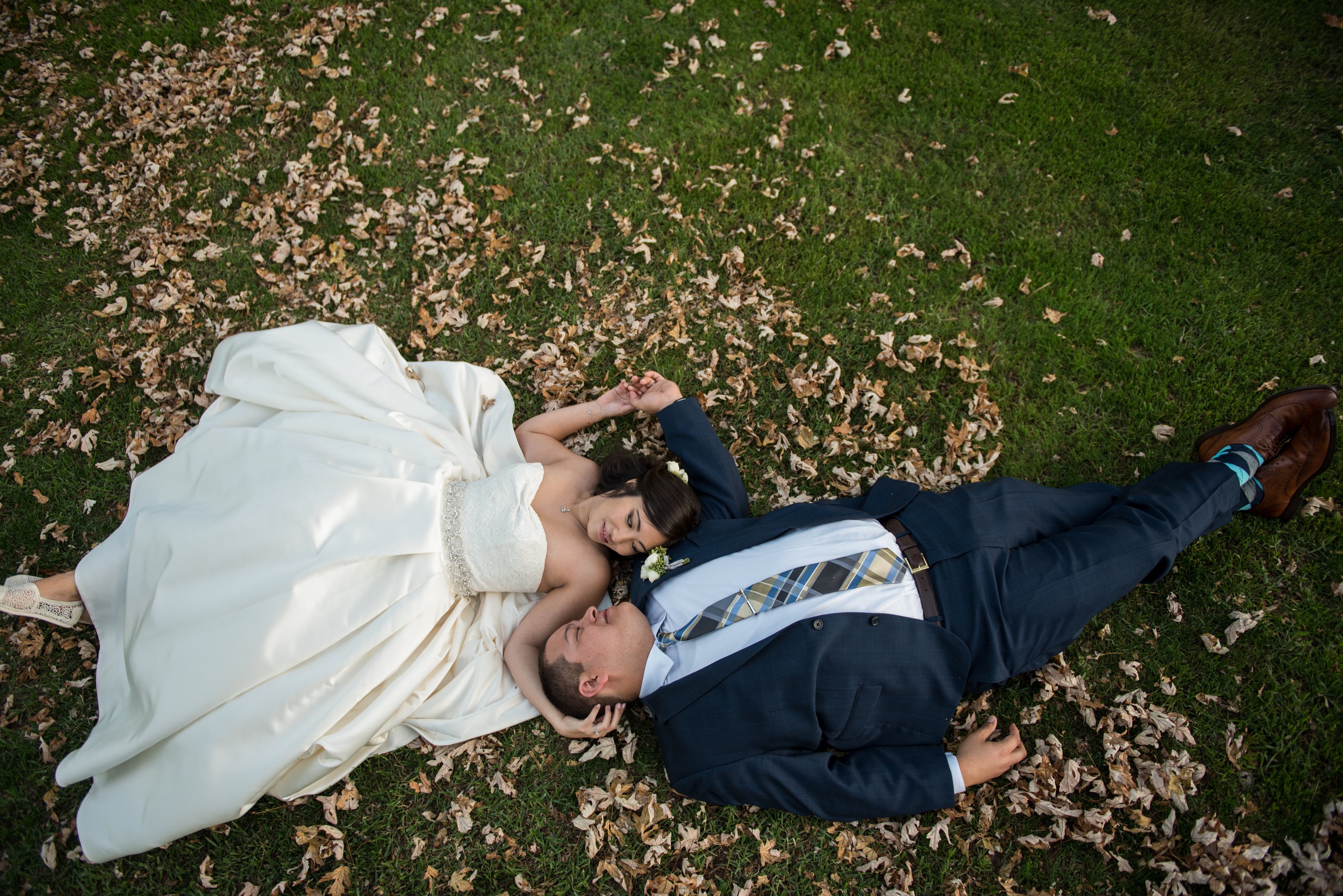 At the end of the day, the most important thing was that Staci & Jeff got married and had a blast celebrating with their friends and family.